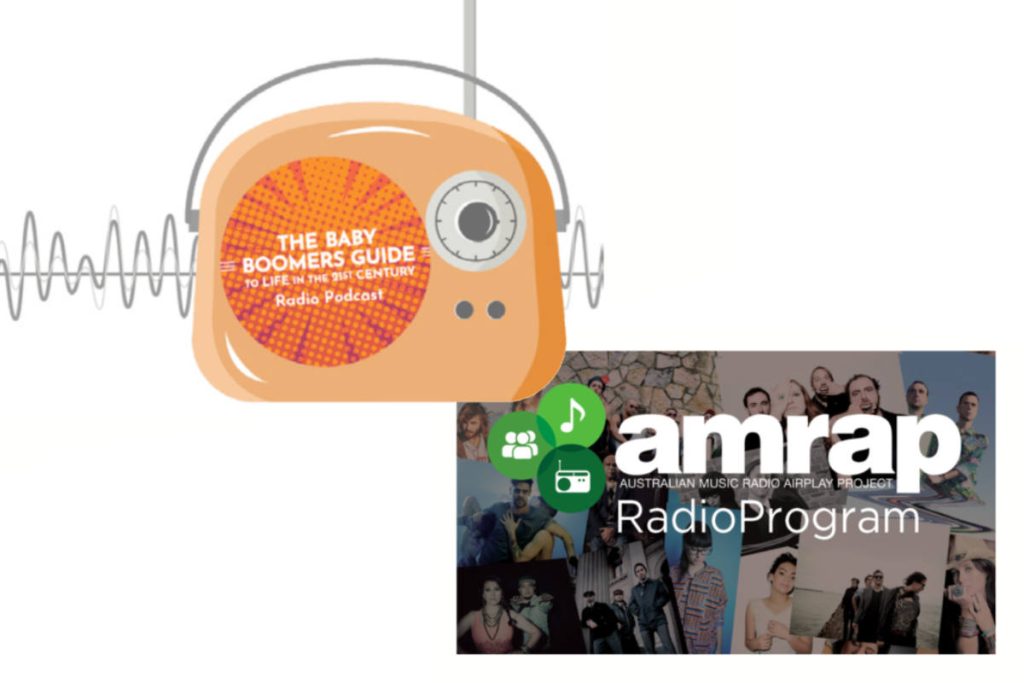 Beginning Mon 1st Aug 8.00pm – 9.00pm, The Baby Boomers’ Guide to Life in the 21st Century  is a multimedia healthy ageing project especially for Australians aged 55 and over. Now in it’s second season, hosts Lex Marinos and Patricia ‘Little Pattie’ Amphlett discuss issues affecting our ageing population, look back through time to legends of the past, and show you how to get your 2 cents worth as you get older.

Then from 9.00pm – 10.00pm, the Amrap Radio Program  which is a weekly wrap of what’s getting attention on community radio through the Australian Music Radio Airplay Project. Spend some time with the songs, artists and industry players that use AMRAP to reach out to Community Radio broadcasters.

Keep an eye on our schedule for full details.

In case you missed them, our July schedule changes were…

3BBR is once again participating in the “Radio Reimagined” series, part of the Victorian Seniors Festival. This is our third year participating and it runs over the next few months, with items ranging from small segments, to radio plays and music programs. As a result…

“Listen to Older Voices” from the Community Radio Network (heard at midnight Wed night) came to an end at the end of June, so “Hit Parade of Yesterday” starts 30 minutes earlier at midnight.

With our thanks to our landlord, who went and flicked a switch for us, we are back on air now. ... See MoreSee Less
View on Facebook
· Share